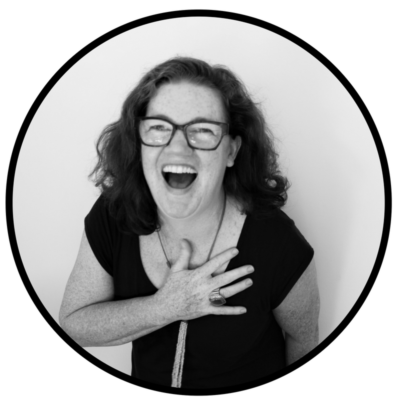 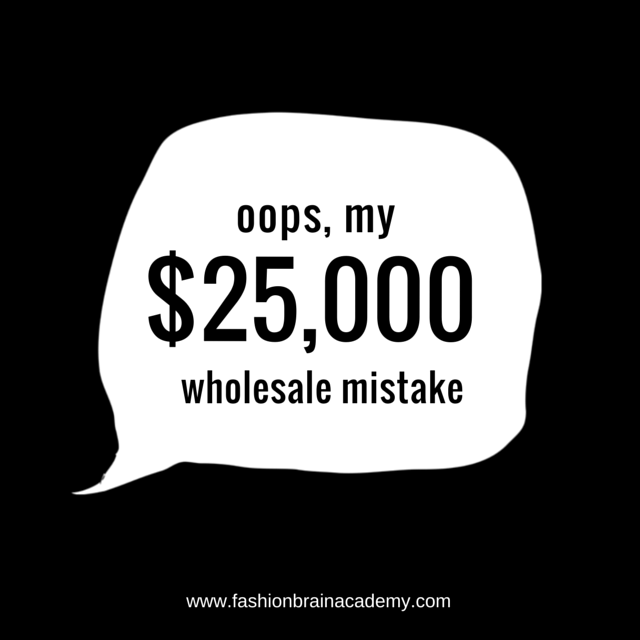 I should really call this story, “My Big Dumb Stupid Newbie Mistake and How I Lost $25,000”.

No, it’s not a joke. My biggest mistake in business was when I screwed up an order with a major department store and it cost me way too much money. Today’s article is a case study about an emerging designer in Chicago – Me.

One thing I talk about repeatedly is the importance of being a business person first, and a creative person second. That’s assuming you want a business that makes money. As a brand new fashion designer, I made tons of fashion business mistakes. One of the epic ones was when I didn’t trust my gut, and it ended up costing me $25,000 in sales. Here’s what happened:

I get my first big order

I was 25 and barely out of fashion design school when I started selling my designs out of my own women’s clothing boutique. Just two months after I opened, a buyer from a major department store (now acquired by Macy’s) walked in, and soon I shipped my first order to four of their stores. I was thrilled!

I ran into trouble with the second delivery. I had ordered the fabric with plenty of lead time, but when it was two weeks late I finally heard from the fabric supplier. The black fabric I ordered was out of stock, and could they replace it with a “charming forest green?” I had promised the store outfits in two colors — red and black — and I was afraid I’d lose the whole order if I only delivered red. Since there was no time to order this exact fabric in black, I sent a swatch of the green to the department store buyer and to my surprise, she approved it.

I get a sinking feeling in my gut

I was surprised. Because I had a sinking feeling in my gut.  There’s a reason why black is so popular. It’s slimming, hides dirt and goes with everything.  Women know this, I know this  I should have listened to my gut then, but I really knew things were wrong when I was packing the boxes of red and green — it looked so Christmasy — but after all, the buyer had approved the swatch, so it had to be OK, right?

Well, my gut was right. The green did not sell. It was a disaster. The department store buyer told me I had two options —  I could take the green outfits back or I could give “markdown money.”

What is Markdown Money?

I was a new fashion designer and had never heard of markdown money, which is when the designer gives a credit to the store when the designer’s merchandise has to be marked down. I was horrified, but I agreed to it because I was afraid of losing future business.  I agreed to give a credit on a future order to the tune of $25,000. My business would take a major hit, and I was scared.

Learning to trust my instincts as a fashion business owner

I was mad at the buyer — why should I give the markdown money when she approved the green fabric swatch?  She should have taken it out of her own check.

But then I realized I was equally to blame, and I was just as frustrated with myself.  I KNEW that green color was wrong. I literally got a sick feeling in my stomach when I saw it. It just wasn’t right. But I was too excited and I WANTED THE ORDER THAT BAD.

The good-news ending: this mistake didn’t put me out of business. I learned from it and now I don’t ignore that feeling in the pit of my stomach. Ever.

My mistake was costly and embarrassing, but I was – and still am – determined to learn from it.

And tell me this… Have you experienced something like this? Can you give me a specific example (in the comments below) of a business mistake and what you learned from it? I can;t wait to read your answers!

This article is adapted from the one originally printed in the Chicago Tribune I should really call this story, “My Big Dumb Stupid Newbie Mistake and How I Lost $25,000”. No, it’s not a joke. My biggest mistake in business was when I screwed up an order with a major department store and it cost me way […]